Founded in 2013 by Naoki Tsukumo, Gruppo Gamma is a small independant dive watch brand appreciated by collectors and enthusiasts across the globe for producing robust watches of outstanding quality with unique designs steeped in Italian Navy heritage.

The brand Gruppo Gamma was established in 2013 by Naoki Tsukumo with the vision of recreating the legendary military tool watches issued to Italian Navy frogmen of old (named Gruppo Gamma). From then on, it was full steam ahead. Gruppo Gamma has continued to evolve in terms of both build quality and distinct designs whilst staying true to their Italian Navy heritage inspiration. Gruppo Gamma - "The Ultimate Tool Watch" - constructed to withstand abuse from the elements.

Genesis model released. The case and design were based on the Rolex Reference 6152 watch made for the Italian Royal Navy under the Panerai brand name, The Mk I of the Genesis had a Seagull movement and mineral crystal in a 44mm case.

Ascent model released. The Ascent was inspired by the Rolex Reference 6154 - a more understated workhorse with a slimmer profile and the use of alternative materials such as a brass case. The Mk I Ascent, produced between 2013 and 2014, had a Seagull manual winding movement, mineral crystal and came in two dial configurations; Arabic and California.

Mk II Genesis & Ascent released. For Mk II, Gruppo Gamma improved the specifications of the Genesis and Ascent significantly. Gone were the manual winding Seagull movements – in its place were Japanese automatic movements, either the Miyota 8215 or the venerable Seiko NH35A. Sapphire crystals were also introduced, making the watches tougher and more robust than before, therefore more fitting of the title “The Ultimate Tool Watch” - Gruppo Gamma’s motto. Later versions of the Genesis Mk II even had double-domed sapphire, which has less optical distortion and is more shatter resistant.

Vanguard Mk III - “a re-imagination of what the Rolex Ref. 6152 could have been if it had continued to evolve.” As compared to the preceding Genesis and Ascent, the Vanguard boasts a more muscular profile, with strong military and maritime undertones. A crown guard is also added to the Vanguard, boosting its tool watch status even further with increased crown protection. Later, the Vanguard was made available with a bronze case - called the "Bronzo" by collectors.

The final version of the Genesis and Ascent series, Mk III, was later launced. Before discontinuing these models their specificatiosn got a boost with the use of a Swiss movement, as well as a “supernova dial” (dot minute markers).

The new Divemaster line introduced. The Divemaster is meant as Gruppo Gamma’s reimagination of what a Panerai dive watch would have looked like if they had continued to produce them in the 1950s.

Vanguard IV - The Vanguard IV has improved build quality and visibility in the dark. The Mk IV model features a SuperSandwich™ dial that's filled to the brim with Swiss Superluminova (painted an astounding 24 times!). Also for very first time, the rotor - visible through the sapphire display caseback - is signed, and the crown guard is now constructed as a separate piece and bolted onto the case. Boosting the Vanguard’s reputation as a tool watch, a newly-designed mechanism is used for the unidirectional 120-click bezel. In many senses, the Vanguard is Gruppo Gamma’s iteration of the “ultimate” tool watch.

Chrononaut - Staying true to their Italian Navy heritage inspiration, the Chrononaut is Gruppo Gamma’s interpretation of a super compressor watch. Twin-crown dive watches with rotatable chapter rings were popular in the 1960s – especially with soldiers, due to their dual time zone capability. Although the Chrononaut is the smallest and slimmest of Gruppo Gamma’s models, it is still a very competent tool watch. Powering the timepiece is a Swiss automatic movement (STP 1-11), while the 316L stainless steel case with box-shaped sapphire crystal is engineered to a depth rating of 300 metres or 30 atmos.

Peacemaker - the latest iteration of Gruppo Gamma’s reinterpretation of the original Rolex-Panerai reference 6152 issued to Italian frogmen in the 1950s. Based on the Vanguard, the Peacemaker, with its strong retro looks, has vivid vintage-colored lume and a vintage-style domed sapphire crystal. It has also brought back the California dial after a hiatus of more than 2 years, by way of a 'Semi-Cali' dial (comprising of Arabic numerals only). And consistent with Gruppo Gamma’s naval design undertones, the text on the dial is in military stencil typeface.

Modeled after the vintage depth gauges used by frogmen in underwater operations during the 1940s, Gruppo Gamma has created the Nexus using a clever application of an elusive 'wandering hour' complication - resulting in one of the most iconic timepieces in its genre.

The Gruppo Gamma Vanguard Mk IV is a reincarnation of the brands most famous model, the Vanguard - a cushion case dive watch with 200m water resistance.

The Gruppo Gamma Peacemaker is the latest iteration of Gruppo Gamma’s reinterpretation of the original Rolex-Panerai reference 6152 issued to Italian frogmen in the 1950s.

Venturo is the sister brand of Gruppo Gamma Time Instruments, one of the most famous boutique watch brands with a well deserved reputation for excellent build quality and a first-class level of finish. The aim of Venturo is to provide discerning consumers with sensible options in the midst of a whole gamut of watches out there. The Venturo collection consists of the Field Watch #1 and Field Watch #2.

Few brands can match what Venturo offers - rugged and resilient watches with visual appeal, wrist presence and build quality, backed up by superb post-sales support from an independent brand run by hands-on people since 2013. 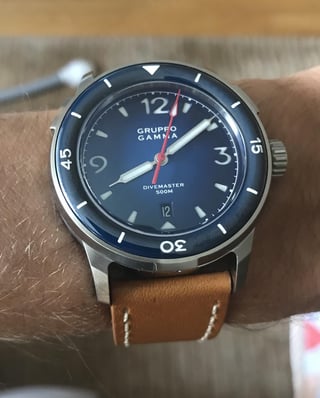 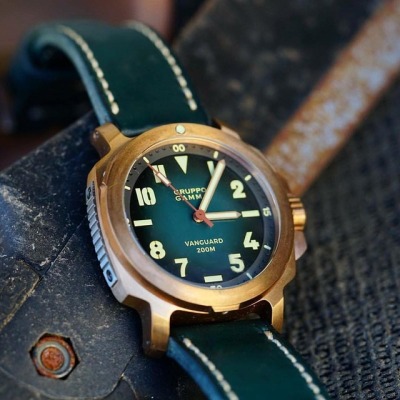 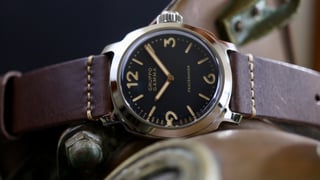 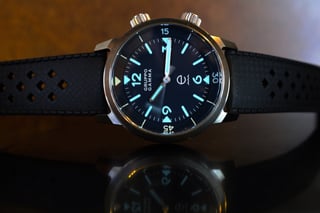 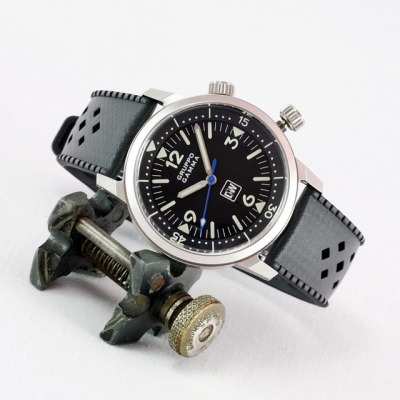 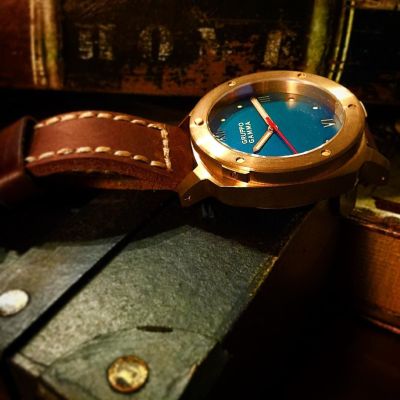 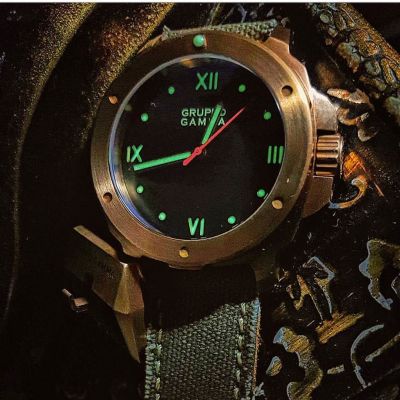 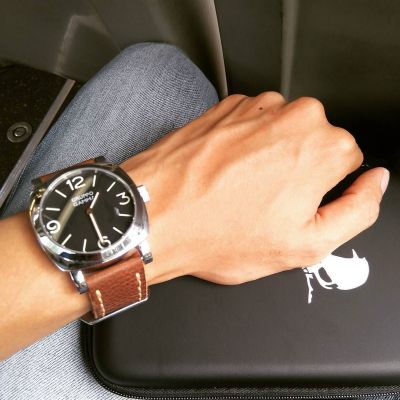 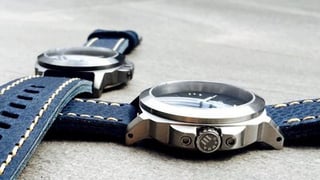 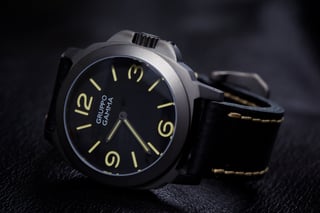 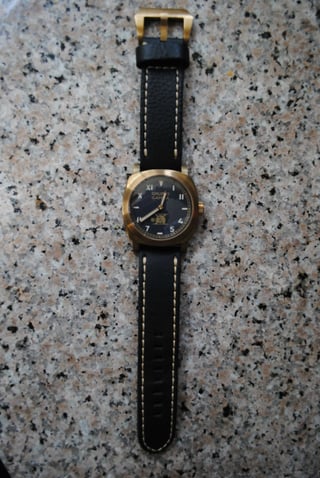